For Those Who Were Raised On Rock
Actually Printed On Actual Paper!

“They seem to know exactly what I want to read about. If any magazine deserves your business it’s Rock Candy.”
Barry Hoffman – USA

“It has awesome articles and the delivery time is fantastic! Thanks, and long may you continue.”
Susan Hodgetts - UK

“Rock Candy Mag is the best! I mean it!”
Kenny Guppy - UK 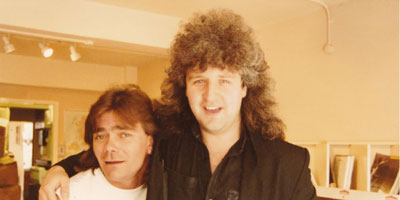 Derek’s lifelong love of metal goes back to the ’70s when he became a UK underground legend for sharing tapes of the most obscure American bands.

After many years championing acts as a writer for Kerrang!, Derek moved to New York and worked in A&R at Atco Records, signing a number of great acts including the multi-platinum Pantera and Dream Theater. He moved back to the UK and in 2006 started Rock Candy Records, which we can confirm without any bias as the greatest rock reissues label in the world. 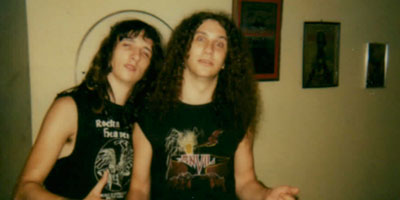 HoJo started his love affair with classic rock when he saw Motörhead at Manchester’s Free Trade Hall back in ’78. Less than a year later he was producing his own metal fanzine, Phoenix, flogging it in local shops and outside gigs.

He began writing for Kerrang! in 1981 and after a 10 year spell there went on to edit Metal Hammer and RAW. He has since worked with Iron Maiden’s management team, and has also written a book on AC/DC, Get Your Jumbo Jet Out Of My Airport. 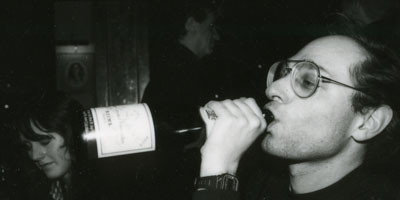 Malcolm Dome (with a bottle of booze)

Malcolm started writing about music for Record Mirror in 1979. Over the subsequent decades, he's been involved with Kerrang!, RAW, Metal Hammer, Classic Rock , Prog and Metal Forces among many other publications.

He's also written books on AC/DC, Led Zeppelin, Motley Crue and Bon Jovi. In 1980 he co-wrote the book Encyclopedia Metallica, from where the band got their name (that's Metallica, not Encyclopedia!). Malcolm also has his own radio show on TotalRock, and has appeared in numerous band documentaries. 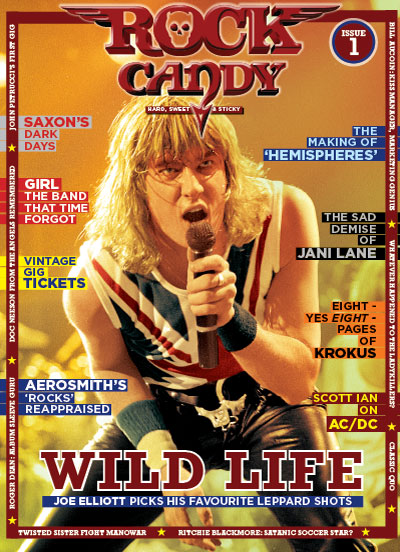 We launched Rock Candy Mag in March 2017 because we couldn’t find a magazine anywhere that was dedicated to the stuff we love – classic ’70s and ’80s hard rock.

Rock Candy magazine is a bi-monthly, 100-page rock publication produced and managed by a bunch of British rock journalists with decades of experience in music and mags, writing for legendary publications including Kerrang!, Metal Hammer and Raw.

We wanted to read a magazine that cared whether Aerosmith’s ‘Rocks’ is better than ‘Toys In The Attic’, whether Maiden were mightier with Di’anno than Dickinson, whether Journey’s ‘Escape’ is the greatest AOR album ever and if Rob Halford bought his stage gear from M&S. Or was it S&M?

This is the kind of stuff that has kept Derek Oliver, Howard Johnson and Malcolm Dome awake for years. Throughout the ’80s they had endless arguments about the minutiae of metal over beers in the Coffee House pub next door to the old Kerrang! offices in London’s Carnaby Street. They’re still at it today. Amazingly, they’re still friends.

Derek has run rock re-issues label Rock Candy Records for over 10 years. But he thought it was time we got back to our roots to produce a magazine that was loud and proud the way Kerrang! used to be in its heyday.

We don’t do demographics, market intelligence, focus groups or anything else that people wearing suits do. We produce a magazine about the greatest era of rock there ever was. And that’s about it, really…

You can pay with a credit card or PayPal. When you click “buy latest issue” or “Subscribe” you will be taken to PayPal, then simply use your PayPal account or click “pay as guest” to use your credit card.